You are finally ready to take your new turbo-charged engine on the road and see what it can do. You mash the throttle and wait for the rush of torque, but it doesn’t come. It’s only after a moment or two that you feel the surge of power you expected. You may start thinking there’s something wrong with the new engine, but your turbo is actually fine.

What you are experiencing is called turbo lag. Turbo lag can be annoying, but there are things you can do to fix it. In this post, we’re going to explain what turbo lag is, how it affects your power, and what you can do about it.

What is turbo lag?

When you press on the gas, you don’t get that immediate rush of power from your turbo-charged engine. It takes a little bit for the engine to build boost and give you that extra power that the turbo charger is supposed to—this lapse of time is called turbo lag. The turbo lag is, basically, the time between mashing the throttle and feeling the rush of torque.

Why does turbo lag occur?

Now, of course, these two turbines have mass and the exhaust coming from your engine needs to overcome this mass in order to rotate the turbines. When you press on the gas, the throttle opens up and you allow more air to enter the engine. With more air, you now have more pressure and more exhaust because you are burning more fuel, which gives you a greater ability to turn the turbines. Once the turbines are rotating more quickly, you will get the desired boost to your engine.

Now, of course, this whole process cannot happen instantaneously, and that is why you end up with a lag between the time you step on the gas and the time you feel that rush of power.

What can you do about turbo lag?

One easy fix is to get lightweight turbines. You can get these anywhere that sells high performance engine parts in Hesperia, CA. The less the turbines weigh, the less exhaust and less time it will take to get them rotating. Another idea is adding nitrous oxide into the mix. A little bit of nitrous helps increase the pressure in the engine, and this increased pressure get directed out the exhaust, which will also help turn the turbines faster and sooner.

If your new turbo-charged engine isn’t taking off the way you thought it would, you are experiencing turbo lag. With an understanding of why turbo lag occurs and knowing that getting a few high performance engine parts in Hesperia, CA can help, you’ll soon be getting that engine rush you hoped for.

5
September 24, 2018 Michael Vedder
"Can't say enough about this organization! Always willing to listen and help with anything you may need from a performance marine place! Alwa..."
June 7, 2018 Michael Vedder
"It's been a long time since I have met such a professional and polite bunch of guys and wanting to help with knowledge that is unmatchable i..." 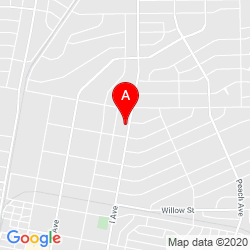